The software vendor SoftMaker announced today the official release of its new Office suite, SoftMaker Office 2016 for Windows – currently the best alternative to Microsoft Office. The new suite feels fast and responsive, offers a variety of new features for home and business users and brings a new level of compatibility with all popular Office file formats. It includes a word processor, a spreadsheet programme, a presentation programme and, for the first time, an improved version of Thunderbird as SoftMaker’s alternative to Microsoft Outlook.

With SoftMaker Office 2016, German software vendor SoftMaker brings to market the fastest and most compatible alternative to Microsoft Office. The new office suite includes the improved word processor TextMaker, the spreadsheet programme PlanMaker and the presentation programme Presentations. Each programme includes a large number of new features addressing the needs of both home and business users. Additionally, SoftMaker introduces an improved version of Thunderbird as its alternative to Microsoft Outlook.

The predecessor of SoftMaker Office 2016 already boasted to be fast and responsive. The new version is further optimised to be even snappier. People working with long documents or those amending files with a lot of graphics will appreciate the fact that the new software utilises more CPU cores to get the job done without the lag often noticeable in other programmes.

There are over 400 improvements in the software bringing new features and better file compatibility. The new version has also become more user-friendly; for example, with its real-time preview of text and graphics formatting, file preview of documents before opening them, improved table and page layout formatting and a lot more. SoftMaker Office 2016 supports modern 4K monitors and enables agile zooming and scrolling with the fingers on Windows 8 touch-screen devices.

TextMaker 2016 not only provides improved PDF export with tagging and bookmarks, but also for the first time is able to export files to the E-book format EPUB. Therefore, E-books can be created from written documents in two common formats in a matter of seconds. Full charting support has been added to TextMaker and Presentations, enabling users to insert and format charts in eighty different 2D and 3D variants.

PlanMaker 2016 makes it possible for the user to edit and create pivot tables like in Excel 2016 for precise data analysis and structuring. The new version of SoftMaker’s spreadsheet programme now also supports huge worksheets with 1 million rows. Conditional formatting works as in Excel 2016 – including databars, colour bars that mark extreme values as well as icons for value trends.

Presentations 2016 offers “smart guides” that let users align objects with one another fast and precisely. Tables were fully redeveloped in Presentations 2016: instead of a group of AutoShapes, they are real tables as in TextMaker 2016 and PowerPoint 2016.

In all three programmes, photo frames are now supported, and images can be cropped directly from within in the document.

SoftMaker Office 2016 comes with integrated version management for documents: an unlimited number of backup copies can be created automatically for each document. The built-in version manager enables the user to revert to any earlier file version at the push of a button.

SoftMaker Office 2016 is ready for corporate deployment. Its setup is built using MSI (Microsoft Installer) technology which lets system administrators install it across networks using GPO or SMMC. SoftMaker Office now also features Group Policies that let administrators restrict users from configuring the software in undesired ways, such as by installing updates or changing file formats on their own.

Many existing and new users praise the classic user interface of SoftMaker Office, which is improved in the new version. It’s easy to use, get used to and drastically reduces the learning curve for newcomers. All of this combined with its excellent compatibility, attractive price and free customer support makes SoftMaker Office 2016 a strong contender in the market for business productivity software.

The two open-source programmes Thunderbird and Lightning take care of the E-mail, appointments and task management part of SoftMaker Office 2016. SoftMaker has improved the Thunderbird user interface and integrated functions for fast filing of E-mails in folders.

Moreover, SoftMaker provides an import filter for E-mails, contacts, calendars and tasks for the “eM Client” application that SoftMaker had included with older versions of SoftMaker Office, giving users a seamless upgrade path from eM Client to Thunderbird. Users of SoftMaker-enhanced Thunderbird are entitled to receiving free-of-charge technical support for Thunderbird from SoftMaker.

SoftMaker Office 2016 can be evaluated free of charge for 30 days. License keys can be purchased from the company’s web store or from authorised resellers. The Professional version is available immediately at £ 72.40 inc. VAT and with license for installation on up to 3 PC’s.

About SoftMaker
The Nuremberg software house was founded in 1987 and has worked on the development and improvement of its own Office programme SoftMaker Office since then. It incorporates the word processor TextMaker, the spreadsheet programme PlanMaker and the presentation programme SoftMaker Presentations. The compact, stable office suite which is compatible with Microsoft Office is offered for the operating systems Windows, Linux, Android, Windows Mobile and Windows CE. SoftMaker also offers professional font collections. 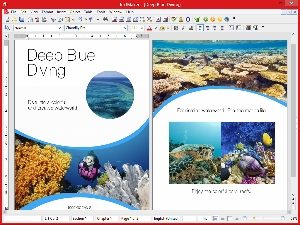