Mixmaster is one of the most popular PC games in Asia which has inspired a series of televised cartoons.

Mixmaster Online is one of the most popular PC Games in both Korea and Japan, which has even resulted in a series of game inspired televised cartoons. Jango Game, an independent games publisher from France, has been working with the original game creators, Aurora game studio, since 2010 in order to bring this highly appealing Eastern MMORPG to a wider audience. It is currently using Kickstarter to generate the support it will need to complete the mammoth task of creating an English version of Mixmaster.

Mixmaster Online is a free-to-play MMORPG that lets gamers create an army of monsters to have at their disposal and fight alongside. It has been compared to the massively popular PokAmon in its deep monster collection system, but instead of game play based on commands, it involves the player to fight side-by-side with their monster army in Diablo-style action. 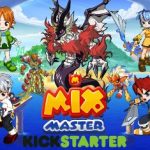 Jango Game founder Cedric Toue says: “We have already worked on a French version of the game which has been a huge success, and now with the help of Kickstarter and loyal contributors, we hope that this is our opportunity to answer the thousands of people asking us to open up an international server for this incredible, non-violent MMORPG. We are certain
that we can bring the same level of quality to the international crowd as we have in France.”

Jango Game believes that Kickstarter is the best way to reach out to new and existing fans of Mixmaster Online and a great way of involving the player in the development process to make sure that the game delivers exactly what they want.  It is aiming to raise $60,000 in just 30 days and is running a tier reward system depending on the level of pledge a donor makes. Donations made on Kickstarter will be used to cover the cost of Software licenses, hosting and developing the game itself. 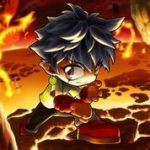 “We hope that Kickstarter supporters will share our vision and enthusiasm for Mix Master Online. Bringing this fantastic game to more people would be an absolute dream come true.” – Cedric Toue

More about Mixmaster Online:
There are over 370 monsters (Hench) to choose from in Mixmaster Online, each with a different set of skills and characteristics. Gamers must assemble an army using a strategy that compliments their game play style the best. All 370+ Hench vary in size, personality and stats, so an army can look and play exactly the way the gamer chooses it to. (Put together a group of fire monsters to leave enemies in a pile of ash, or gather hulking ice Hench to squash everything in sight.)

Mix Master Online also boasts a system that enables Hench to combine powers which arms players with unprecedented customization over their playing experience, and by experimenting with different combinations, players can discover dozens of rare Hench that can be created.

Mix Master Online has a variety of features built around working with other players to attack, train, or even capture enemy monsters. For example, some enemy Hench are more difficult to catch than others, so players may call upon help from fellow Monster Masters to take them under their control. If players are looking for competition, Mix Master Online features an in-depth, squad vs. squad, PvP system.

About Jango Game:
Jango Game is an independent video game publisher based in Paris which was founded in 2008 by Cedric Toue and Ismael Cisse. Since 2010 Jango Game has been working with the Aurora game studio (Korea) on international development of the Mixmaster Online Game

“At Jango Game we pride ourselves on our outstanding ability to offer a great game experience and helpful customer service.”