From the makers of the award winning FreeLoader solar charger series comes the most advanced, innovative and practical solar powered gadget charger to date. Introducing the revolutionary new second generation FreeLoader iSIS from Solar Technology International, breaking boundaries to deliver you the perfect solar charger to Power Your Adventures. 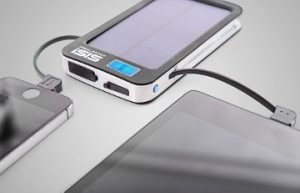 Briefly, the new iSIS is in no way associated with any radical Sunni jihadist militant group. The new #FreeLoaderiSIS gets its name from the ancient Greek goddess best known as the patroness of nature and magic, and the daughter of the god of the Sky. Now we have cleared up this unfortunate faux pas. The new iSIS is:

Whether your pursuits are rural or urban, the new FreeLoader iSIS solar charger is a must-have accessory for adventurous gadget users. Utilising the awesome power of the sun, a fully charged FreeLoader can give devices such as an iPhone three full charges. Super powerful, it can even power Tablet PCs and tech products like the Raspberry Pi. It features two built in charging arms which are compatible with 85% of all mobile phones (micro USB and a the Lighting connector for all new Apple products) whilst a standard USB socket allows virtually every other 5v device to be connected, making the iSIS the FIRST solar charger to eliminate the need for endless tips and cables. It also enables two devices to be powered simultaneously – three if you hook in using a gadget’s own charging cable. Another solar charger FIRST! 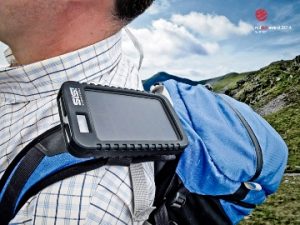 And they just keep on coming… the pioneering iSIS also boasts being the FIRST solar charger to use a high density silicon cell to collect solar rays rather than the outdated crystalline cell. This means that it can collect the same amount of solar power as the older cell to convert in to free gadget energy but using a 50% smaller panel – this has hugely benefitted the design of the new iSIS which boasts being compact and ultra-portable. FreeLoader iSIS has an all-in-one design so there is no fiddly set up or transformations, it is good to go straight from the box.

Intended to be tough and practical, iSIS is ready to cope with the rigors of mobile adventures and the unpredictable combination of children, gadgets and hard surfaces, consequently a free bomb proof rubberised case is included so that it can be dropped from 1 Meter without incurring damage and to protect the FreeLoader from the elements. The free case is also designed to enable iSIS to be attached to bags with the included velcro strap for convenient mobility, and because of its compact, all-in-one design, it can be attached in the prime position for super quick solar collection on the move. The unit itself it smart and stylish with a sleek, robust steel chassis, and the addition of a fold out stand also enables stationary positioning at a 30 degree angle for optimum solar collection. The Freeloader iSIS had been awarded a Red Dot Design award, an internationall recognised quality seal. 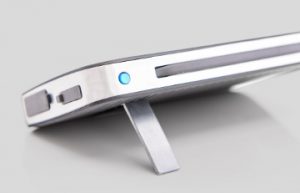 Out and about, the FreeLoader iSIS can be fully charged in 18 hours. It can also be charged via USB which takes 8 hours or 6 hours with the optional supercharger booster panel. But there is no need to hang around waiting for a full charge, if you need an instant juice top up to make a quick call, check your GPS location, or keep the kids entertained for 5 minutes iSIS will deliver power to devices even if it is only partially charged thanks the latest generation 4000mAh Li-Polymer battery technology. The level of charge available in the battery is clearly shown on an LCD panel using the super simple “press to view” function.

Whatever your adventures, take mobile power with you. The #FreeLoaderiSIS is available mid-July from Maplin, Go Outdoors for £64.99
Visit www.poweryouradventures.com for further information and to see other products in the new 2nd generation FreeLoader iSIS solar charging series including the new CamCaddy2 camera charger..