Centerprise International, announced today that they have appointed Sam Kazerounian, the founder and former CEO of Compusys, as their new Managing Director.

Kazerounian will be responsible for looking after Centerprise’s core business, providing complete IT solutions into the Defence, Education, Government and Healthcare sectors, as well as the company’s  distribution and video analytics arms. The move is a natural one for a man with years of experience supplying IT solutions to the UK Public Sector, initially through Compusys and then later Stone Computers, following the merger of the two companies in 2006. 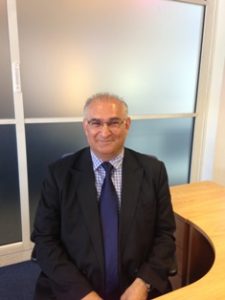 The new Managing Director has a track record of delivering profitable growth and joins the Centerprise Group at an exciting time, following investments in up and coming IT companies, such as OnCommerce Limited,  the name behind “OnBuy”, the new online marketplace set to rival Amazon and eBay from this July.

Following the announcement of his appointment, Kazerounian said “It is great to be back in the IT market again, working with the excellent team at Centerprise. I’m very much looking forward to working with them to continue building on their great work.”

Meanwhile, Garry Stevens, the man behind Centerprise’s recent investment spree, is assuming a revised role as Group CEO of the Centerprise International Group. This newly created role has been designed to ensure the Group maximise the return on their new investments, joint ventures and partial acquisition. Stevens commented: “As well as helping to develop the core businesses, I will be working closely with our Chairman, Rafi Razzak and the rest of the Board of Directors to ensure we continue to grow and prosper well past our 30th year.” 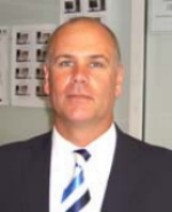 For the past 30 years Centerprise International (CI) has been acknowledged as one of the largest and most respected IT providers in the UK. A real British success story, CI has developed a steadfast reputation for delivering large scale IT projects within the Corporate, Defence, Education and Government sectors. Initial success grew in manufacturing high quality customised desktop PCs, notebooks and servers in Basingstoke. Over the last decade in response to customer demands, CI has diversified and enhanced their services to include Infrastructure design, provision and installation, System Integration, and Fully Managed Services including Endpoint protection.